Maureen O’Shaughnessy, EdD, is a career school innovator with over 30 years of transforming learning in schools to better serve all students and author of Creating Micro-Schools for Colorful Mismatched Kids.

She is the founding director of Leadership Preparatory Academy (2013), a nonprofit , innovative, human-centered micro-school in Washington State; and Micro-School Coalition (2019), a cooperative of micro-schools across the globe. 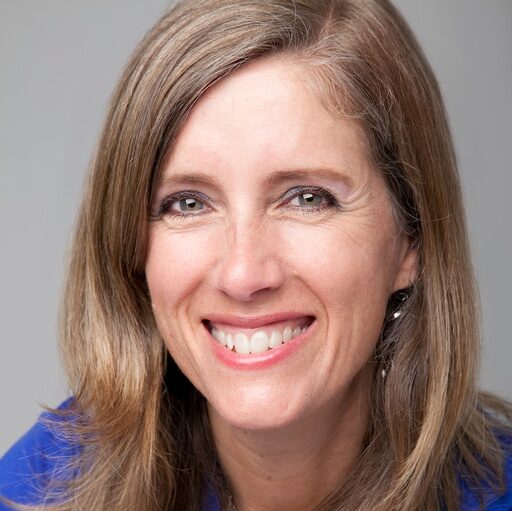 Maureen offers consulting and the “Build Your Own Micro-School” class and Small School Leaders Mastermind, guiding schools to open across the US. She has been interviewed by Good Morning America and many other media sources. And now as founder of the Education Evolution podcast (May, 2020), she aims to disrupt the education climate as we know it to help ensure each child is seen, heard and valued and met where they are academically, socially and emotionally.

Julia Bamba leads an innovative, real world learning, public high school in Issaquah, Washington, just east of Seattle. As a Big Picture Learning school, Gibson Ek High School leads students to live lives of their own design to become activists in the world. As principal of Gibson Ek High School since its opening in 2016, Julia guides students and staff as they navigate cutting-edge educational practices that center on personalized real-world experiences.

Scotland Nash, EdD has worked in education and education support services for 20 years. She has had the role of high school social studies teacher, education director, instructional leader, adjunct professor, and consultant in the Chicago area and in Seattle. She earned her doctorate in Educational Leadership from Seattle University. As a teacher, she was nominated for Disney Teacher of the Year award and Golden Apple, she earned multiple superintendent and principal accolades and awards for her instruction and collaboration. She was named an ASCD Emerging Leader in 2014. Currently, as the Director of Education for the ADL PNW region, she works with schools, districts and their community to learn about identity and diversity, to practice anti-bias strategies for communication, and act as allies for social justice.

Dr. Wahl has served public schools for 31 years as a teacher, coach, athletic director, building principal, assistant superintendent and superintendent of schools. He has been a champion for giving students and adults second chances. In addition, his hallmark as an administrator is to expand opportunities for students. He has never believed that one size fits all as it relates to students and teachers in their experiences in the school environment.

Nick has served as a superintendent of schools for in suburban Chicago for 11 years and suburban Indianapolis for 5 years. In his time as superintendent, he engaged all stakeholder groups in the having a voice in the strategic planning process. This process was laser focused on student-centered decision making by looking at the well-being of students and that interaction with student achievement. This holistic approach embedded social-emotional learning as part of the daily instructional practice which fostered a collaborative culture of learning.

Caitlyn has worked in education for 15+ years. She began teaching high school English and ELL in at-risk areas both nationally and internationally. During her time teaching and working with locally owned businesses in Costa Rica, she found a passion for understanding cultural sustainability in a globalized world to create positive change for people who are marginalized. After returning to the U.S., she became a coach for teachers and has served as an instructor for undergraduate and graduate students at Washington State University and Boise State University.

Caitlyn is a Chicago native who received her B.S. and M.S. from Indiana University, and her Ph.D. in Cultural Studies and Social Thought in Education from Washington State University. Currently, she serves as board chair for Anser Charter School (an EL flagship school in Idaho) and the Three O’Clock Project (a national nonprofit dedicated to providing healthy meals and nutrition education for at-risk students after school). At One Stone, she is dedicated to strategy and development to make One Stone a sustainable, no-cost opportunity for all students and families forever. When she isn't at One Stone you can find her traveling, backpacking to any and all alpine lakes, and building relationships with people she encounters along the way.

Angela is an innovator, speaker, designer, and connector who is passionate about coming alongside educators on their journey.

Her years of experience as a teacher in the elementary classroom and as an innovation lab specialist allow her to be an innovative educational leader who is committed to building genuine relationships and creating deep learning experiences.

Alin Bennett is the Vice President of Practice and Field Advancement at Education Reimagined. Over the past twenty years he has served as an educator, school leader, and learner who is a staunch advocate for national school transformation and creating an equitable education system. Alin began his journey in education by supporting the curriculum work at the Skerton Community School in Lancaster, United Kingdom. It was during this time that Alin was first exposed to an open-walled, socially embedded learning environment. After returning home to Rhode Island, Alin began his work with The Met School and Big Picture Learning. Through his work with these two organizations, Alin was able to continuously grow practices that reflect and grow a learner-centered, equity-based environment. Alin currently collaborates with several organizations that push the traditional paradigm of education including; the Learning Community Charter School, the Center for Leadership and Educational Equity, and the Rhode Island Coalition for Educators of Color. Alin is based in Providence, Rhode Island where he lives with his wife and two young children.

Like many people on team One Stone, Jesse is a multi-talented guy. He coaches humanities, social sciences, theater, and woodworking. Prior to joining One Stone, Jesse was a humanities instructor at High Tech High in San Diego. He also worked as a furniture craftsman. Jesse has bachelor’s degrees in English, political science, and psychology from University of Washington, a master’s degree in English from Georgetown University and a graduate certificate in international leadership studies from the University of Hawaii East West Center.

Regan Ybarra is a student at One Stone’s Lab 51 intending to graduate in 2024. She has participated in many student lead interviews, volunteer projects, and more. Regan has created a welcome basket for new Idaho refugees, and will be the youth representative of Poder Idaho beginning this summer. Her passions lie in psychology, and activism. Regan is extremely ambitious, empathetic, and hard working, and hopes to help make this world better for future generations.

Jenevive Briggs ( she/they ) is currently the Development Intern and Project Good Coach at One Stone. In high school, Jenevive was a member of the Board of Directors and chair of the Governance and Planning Committee. During her last year of high school, Jenevive launched a group called Respect the Drip - a support group for womxn created by womxn. Since graduating, Jenevive has deepened her understanding of gender studies through a course at Boise State University, planned and facilitated a global education film festival called This Is Our Chance, has written grants on behalf of One Stone, and so much more. Jenevive is passionate about cultural anthropology, creative expression, wilderness exploration, and deeper self discovery. Jenevive likes to ask questions, challenge norms, and will never back down from her moral obligation to fight for equity across humanity and the natural world. In the Spring of 2022, Jenevive will be attending NOLS Spring Semester in Baja where she will be sailing, sea kayaking, and backpacking across the Sea of Cortez.

Mackenzie Link plans to graduate Lab51 in 2023 and she has served on the One Stone Board of Directors since June of 2020. In her free time she loves to dance, sing, hang out with her sister and dog, and play card games. Mackenzie likes to spend time with her Dad outdoors, hunting, hiking, running, biking and rock climbing. She feels passionate about reimagining the major systems and structures of society to allow people to become self sufficient and empowered.

Dina empowers school leaders around the world to transform education. In her role at Microsoft, she supports a community of worldwide Showcase Schools and develops tools to guide leaders through education transformation. She is passionate about achieving positive social impact through education and she sees technology as a catalyst for realizing this vision. Most recently, she was the director of academic innovation at the French American International School in San Francisco. Prior to that, she spent the early part of her 14-year career at Intel Corporation developing expertise in process improvement coaching, adult learning, requirements discovery, program management, change management, and software development; and, during the last seven years at Intel, Dina advised and supported schools and governments worldwide on transforming education using technology. Dina holds a Master’s in Computer Engineering and a Master’s in Education.

As the Advocacy Chair for WHO, Jen answers parent emails, empowers and encourages homeschooling families, interfaces with schools and districts on behalf of homeschoolers, advocates for homeschoolers at the local, state, and federal level, and performs the other exquisitely mundane magic of being the guide, the guru, the facilitator, and the nudge.

April Peebler is Heirs To Our Oceans’ (H2OO) Founding and Executive Director and Program Director. April left her legal profession 10 years ago and developed a learning model that utilizes interdisciplinary studies where all subject matters tie into a theme of solving a real-world problem. The learning model is utilized in H2OO through some of the Founding Heirs and is utilized in organization’s international annual youth Summit for Empowerment Action & Leadership (SEAL).

Dr. Pickering is co-founder of Iowa BIG, a learner-centered shared high school program focused on student passion and interest; real-world, contextualized projects and work, and; deeply embedded in the community.

Pam entered teaching to provide youth with rich and relevant experiences and is committed to equity, student-driven learning, and transforming education. After teaching in public, charter schools and abroad, she earned her doctorate focused on civic education and student voice. Pam was an advisor, internship coordinator, and acting principal at the Leominster Center for Excellence, a Big Picture Learning school. She now coordinates research efforts for BPL and continues to work with LCE.

Valentina is a community weaver and edupreneur that mobilizes diverse education stakeholders towards a more equitable & thriving future. She is the co-founder of two global learning communities: Youth X Youth, an intergenerational home for youth education activists, and the Weaving Lab, a collaborative for change leaders weaving learning ecosystems towards universal wellbeing.

With over 30 years of transforming learning to better serve all students, passion and youth potential fuel me. I am the founder of the human-centered micro-school LEADPrep, author of Creating Micro-Schools for Colorful Mismatched Kids, host of the Education Evolution podcast, and co-founder of the EdActive Collective. What’s next? Working with others to help disrupt the outdated education system and create schools where all students are future-ready and thriving.